History of the City St.Gallen 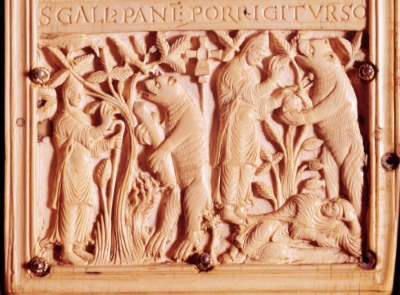 The name “St.Gallen“ can be traced back to Saint Gall. According to tradition, he belonged to a group of Irish monks doing missionary work in Europe. St. Gall reached the then uninhabited region of today’s city St.Gallen around 612 A.D. and established a small settlement in the wilderness – legend tells with the aid of a bear. A bear is till this day the heraldic animal of the city St.Gallen.
719 A.D., Saint Othmar founded the first monastery in place of the settlement, which soon accepted to live after Benedictine rules. The abbey of St.Gallen turned into an outstanding cultural center during the 9th and 10th century and even back then started to become known for its extensive library. Over the time, craftsmen and workers settled outside the walls of the monastery – the foundation for the city St.Gallen, which soon started to expand around the monastery. In 1566, the city became independent after long debates with the monastery and, starting with the 16th century, gained much economic importance due to the booming textile industry (link to economic history).
In 1798, the city republic and the monastery state were abolished, the Canton of St.Gallen was founded in 1803, and St.Gallen was named its main town. In 1805, the dissolution of the monastery of St.Gallen followed. The aspiring city was connected to the Swiss railroad network in 1856, which further stimulated the urban development. Today, St.Gallen is Switzerland’s eighth largest city with a population of ca. 80,000. Rising 669 meters above sea level, St.Gallen belongs to Europe’s highest cities.

St.Gallen’s history is an economic one. The city, which never possessed a larger territory, was for better or worse dependent on its trade. Starting with the 15th century, the city was the center of a booming textile industry, which was replaced by the cotton industry during the course of the 18th century. In 1801, the first mechanical cotton spinning mill was founded in St.Gallen – Switzerland’s first factory in the modern sense.
Almost simultaneously, embroidery gained in importance in Eastern Switzerland. The booming period of embroidery started with the introduction of the hand embroidery machine in 1828. Embroideries were exported to all parts of the world and St.Gallen became one of the wealthiest cities of Switzerland. The booming period of St.Gallen’s embroidery was truly over with the Great Depression. The city recovered economically only after the Second World War. For the first time, the textile industry was not dominating anymore but big companies of the metal industry and machine building sector as well as service companies such as banks or insurance companies played a role. Today, St.Gallen is the center of a dynamic economic area in which the service sector dominates having a percentage of ca. 82% of the overall employment. By national comparison, St.Gallen occupies one of the top positions in the field of information and telecommunication technologies with employing about 10% of the overall number of employees. 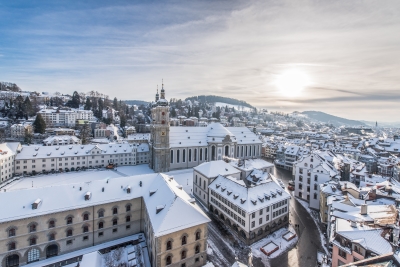 The abbey district includes the buildings of the former monastery of St.Gallen: cathedral, abbey library, and several other buildings around the monastery square (Klosterplatz). Today, these are among other things used as bishop’s see of the bishopric of St.Gallen, as governmental buildings, and as district court office. The abbey district was declared a UNESCO World Heritage Site in 1983 and included on the world heritage listing deserving protection. 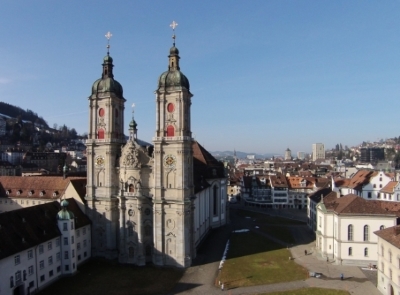 The abbey church is regarded as one of the last monumental sacred buildings of the late baroque. The first stone church was built around 720. In 1756, the monks began with the last reconstruction of the church. After the dissolution of the monastery, the church turned into a cathedral (episcopal church) in 1824. Its interior was renovated from 1961-1967, the outside from 2000-2003.
The church has a strung-out, rectangular layout. The two towers are the landmark of the bishopric and city of St.Gallen. The interior of the church is a three-aisled complex with a central dome. According to local tradition, the grave of Saint Gall is believed to be in the eastern crypt, which goes back to the 9th century. A reliquary shows a bone fragment, which is believed to be a part of Saint Gall’s skull. During the day, the cathedral is (usually) open to the public. 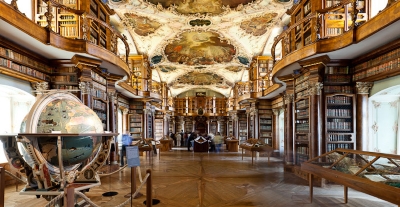 The abbey library of St.Gallen is Switzerland’s oldest library and one of the world‘s oldest and largest monastery libraries. It is located in the west wing of the monastery and was built in 1758/59. Its holding of books includes around 175,000 volumes, 30,000 of which are exhibited in the hall. Four hundred of the 2,000 manuscripts date back to the period before the year 1100, thus the actual prime of the monastery of St.Gallen. It also includes the oldest book written in German language, the so-called “Abrogans”, which includes the Lord’s Prayer (“Vater unser”) of the Codex Sangallensis from the year 911. 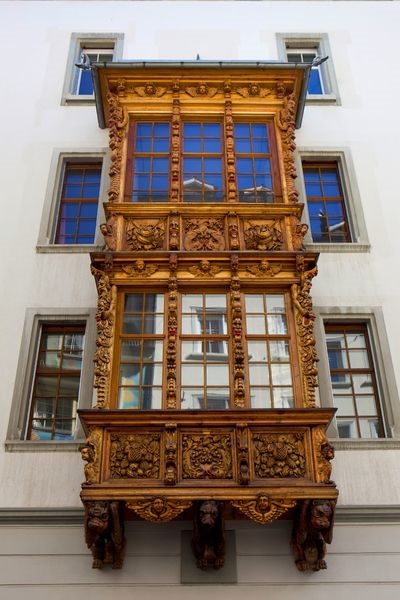 Exactly 111 oriels are said to be in the old town of St.Gallen, most of them were built between 1650 and 1720. The elaborate carvings display the successes of St.Gallen’s textile tradesmen around the world. Remarkably beautiful: the two-storied oriel at the “Haus zum Pelikan“ in Schmiedgasse 15 from the year 1707, on which four reliefs symbolize the then known continents Europe, Asia, Africa, and America. 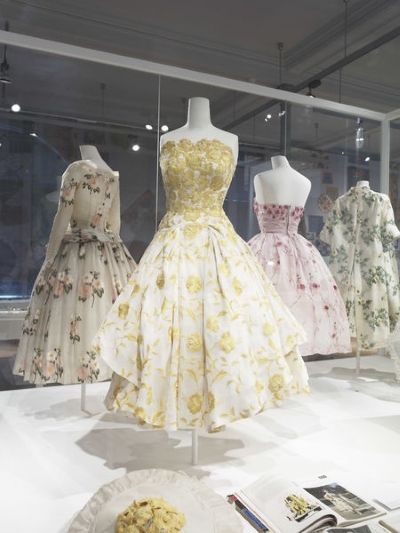 The textile museum was founded in 1886 by textile merchants of St.Gallen, who had been collecting textile templates since the second half of the 19th century. The museum is especially known for its exquisite collections of eastern Swiss hand and machine embroideries, late antique textiles from Egypt, and European lace from the Netherlands, Italy, and France. The building also included a large textile library. Information about opening hours, current special exhibitions, etc. can be found at www.textilmuseum.ch. 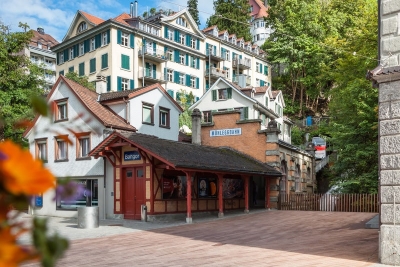 The Mühleggbahn, a today fully automated funicular railway, was the first inner-city public transport connection. Since 1893, it has been surmounting the rugged Mühlenschlucht generally underground. In doing so, it overcomes an altitude difference of 69 meters in 1 ½ minutes. The Mühleggbahn is the fastest connection between the old town and the local recreational area Dreiweihern. 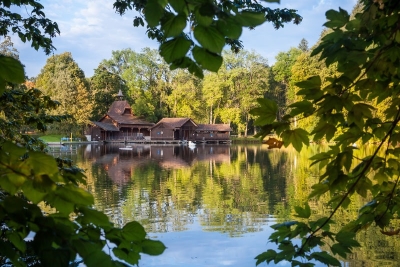 During the summer, almost (entire) St.Gallen enjoys bathing at the Dreiweihern. During extremely cold winters, for the last time in 2009, a huge ice skating rink is groomed on one of the ponds. The ponds were once artificially created to ensure the supply of water for the city and the textile industry. The names “Mannenweier“ (men’s pond), “Frauenweier“ (women’s pond), and “Buebenweier“ (boys’ pond) have remained until today although gender-segregated bathing has long become a part of the past…
During all seasons of the year, the area surrounding the Dreiweihern – on the hillside of St.Gallen’s Freudenberg mountain – invites for strolling or running due to its large network of well-maintained paths.

The animal park – as is the University of St.Gallen – is located above the city on the Rosenberg mountain and can be reached from the University within about 20 minutes by foot. Several artificial rocks build its landmark on which ibexes and chamois romp about. Boars, marmots, feral cats, stags and deer, as well as two lynxes are living next to it in near-natural enclosures. Access is free and possible at all times during the whole year.

FC St.Gallen was founded in 1879 and is hence the oldest still existing soccer club in Switzerland. Currently, the “Grün-Weissen” (the Green and Whites) are playing in the Super League, Switzerland’s top league. In its long history, FC St.Gallen 1879 won the Swiss championship twice (1904 and 2000). Led by coach Joe Zinnbauer, the team finished seventh in the 2015/16 season. FCSG has an exceptionally devoted crowd: In the 2015/16 season, 13,000 fans on average came to watch the games, which means that it ranks third all over Switzerland after Basel and Bern. The atmosphere at the kybunpark, the home ground of FCSG, located in the west of the city and with a capacity of 20,000, hence deserves particularly mention. 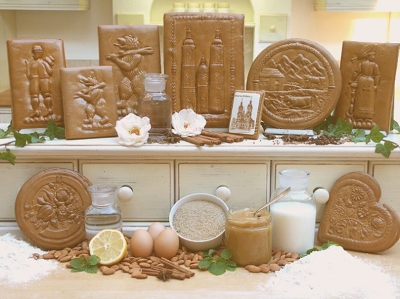 At that, it is not about the animal but a honey pastry. The name is probably derived from the Latin word “piper“, which means pepper or spice in general (“Pfefferkuchen”/pepper spice bread). The first bibers, which were already baked in the city in the 15th century, were yet unstuffed. By now, most bibers from St.Gallen are stuffed with almonds und have a special imprint, for example of the bear of St.Gallen or the monastery towers.

True bratwursts from St.Gallen are scalded sausages, which consist of clearly defined parts of veal and pork, as well as bacon and milk. Three spices, salt, white pepper, and nutmeg, are also required. Onions, lemons, nutmegs, cardamom, coriander, and ginger spice are allowed as additional spices. For consumption, bratwurst is fried or grilled and eaten without mustard.
The recipe has not been changed since bratwurst was mentioned, evidenced by documents, in the regulations of the butcher’s guild of St.Gallen for the first time in 1438. A “usual” bratwurst from St.Gallen weighs 100-120 grams. For special occasions such as OLMA or the children’s festival, bigger sausages are produced as well. 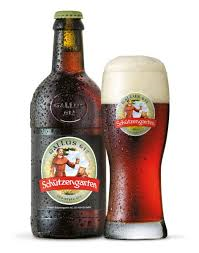 Swiss chocolate was not invented in St.Gallen. The chocolate factory Maestrani was located in St.Gallen for a long time and today, it produces premium chocolate products not far from the city, which are sold at the chocolaterie at Klosterplatz among others. The restaurant in this historical building (built in 1506), which is opposite the monastery, offers delicious drinking chocolate to enjoy and a wide variety of sweet souvenirs in the shop.
www.chocolateriesg.ch/de/

Textiles and Lace from St.Gallen 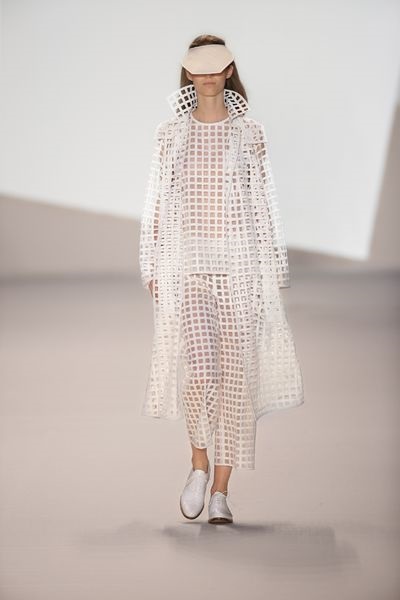 St.Gallen is home to several big textile companies, whose precious fabrics and embroideries are used for their haute couture collections by many designers. Most of these companies also have outlet stores. www.forsterrohner.com/, http://jakob-schlaepfer.ch/, http://www.bischoff-textil.com/. The world-renowned company Akris was founded in St.Gallen in 1923 and, up to the present day, has its headquarters in the heart of the city. The designs made out of high-quality fabrics – designed by creative director Albert Kriemler – impress with subtle simplicity and functionality. They are presented at the Paris Fashion Week two times a year. Charlene, Princess of Monaco is one of many prominent customers. She almost exclusively wear designs by Akris. www.akris.ch/

All kinds of articles of daily use made out of textiles or lace from St.Gallen can be bought at the shop of the textile museum.